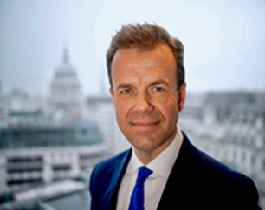 Luan de Burgh is the Founding Director of de Burgh Training Ltd and specialises in delivering leading communication, presentation and impact training in business with a particular focus in the legal sector.

For over a decade he has worked extensively with partners, associate and business services in the legal sector as well as with well-known figures in politics and the media helping them deliver messages effectively, develop strong business relationships and leave a positive lasting impression

He is a regular commentator in the media on matters relating to communication, impact and delivery including for BBC during the General Election and has a monthly column in The Lawyer.

Luan has an MA in Voice and Speech from the University of London where he subsequently lectured, as well as at the Royal Academy of Dramatic Art, and is a visiting lecturer at BPP Law School.

Luan regularly comments on TV, radio and in the press. He has appeared on the BBC discussing the voices of various politicians as well as commenting during general elections on the leaders’ debate. He also commented on Tony Blair’s performance at the Iraq enquiry on the BBC World Service.

Articles by Luan have also appeared in The Guardian, The Times, and The Lawyer while he continues to analyse key public speeches via Twitter and LinkedIn.